There are three tabs available for customization of your healing profiles: 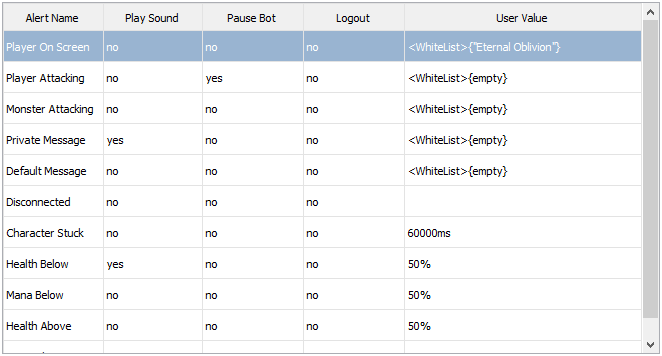 Each alert rule can be set to either play sound, pause the bot functionality and force logout to the character list if any of the events described in the first column with the configurable value in the last column are true. Additionaly, you can add creature names that won't trigger the alert and change the values thresholds for the rest of alert rules.

You can have multiple Targeting Profiles based on character's vocation and level.
Each profile can be adjusted to your gameplay style by setting priorities:

Moreover, there are several settings you can set for each monster set in Targeting List: 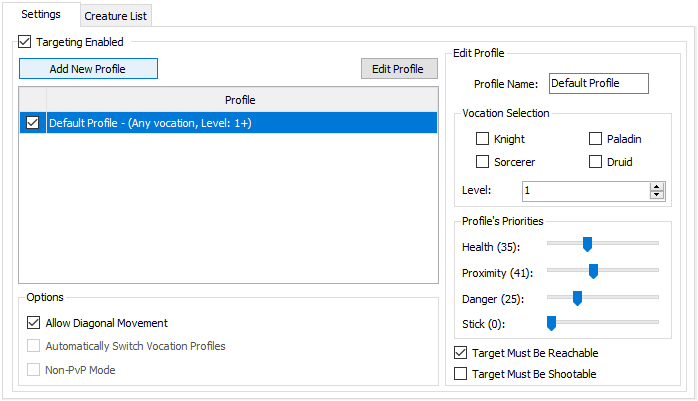 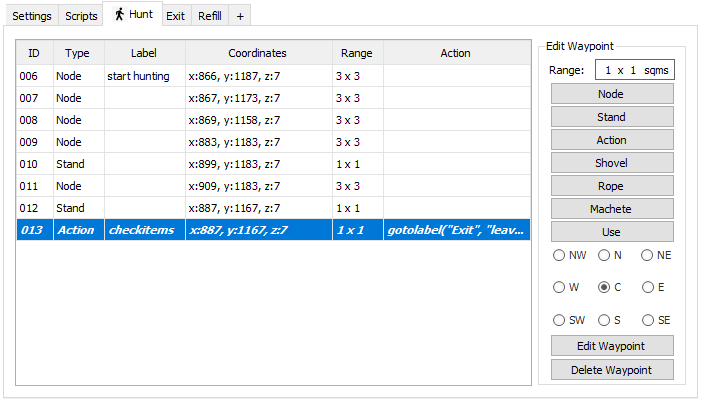 Waypoints can be added based on 7 different actions:

Additionaly, you can have up to 8 different tabs with separate waypoints and move between them based on Actions you provide.

Persistent Scripts are executed periodically every specified amount of time until disabled.
Hotkey Scripts are only executed if the key you have chosen before is pressed.
You can quickly add, remove and edit scripts as well as save and load them from your disk.
Every script used will be embedded into the save file and loaded from it for the ease of sharing bot settings between users.
The Lua API documentation can be found here: OTClientBot Docs 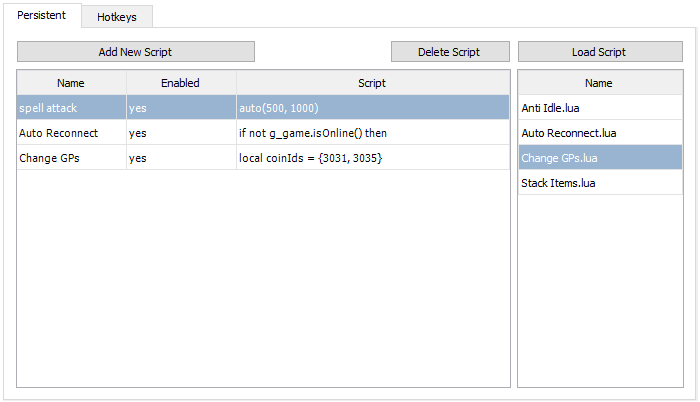 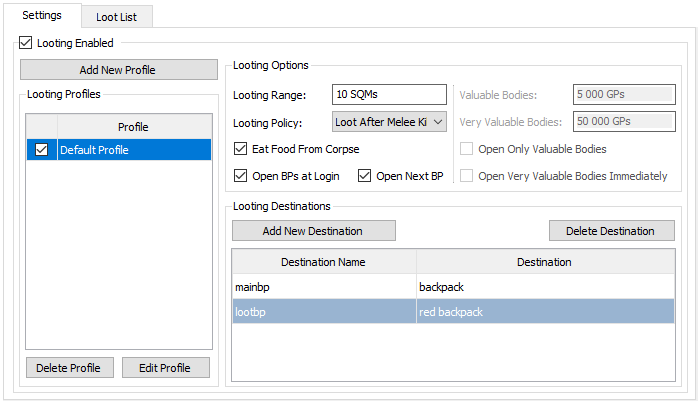 Each Looting Item you want to be looted can be placed in separate Looting Destination to automatically move items to the configured containers.
Several options such as Looting Range and Looting Policy can be changed to better fit your character's gameplay abilities.
Furthermore, by selecting corresponding options bot can open the next backpack if the previous one is full, open every backpack at login and eat food from opened corpses.